The Dr. Daliah Show is a live call-in medical talk show that answers your questions on the air. We tackle issues such as cholesterol, diabetes, women’s health, children, geriatrics, relationships, government policies & more. Dr. Daliah’s dedication to educating her community continues to be demonstrated as her fun, witty, to the point answers of all fields of medical questions offers an educational and very entertaining perspective of one’s health.

Dr. Daliah was syndicated within her first year of broadcasting and even more impressive, she was named as one of the Top 250 Talk Radio Hosts in America by Talkers Magazine within her second year of syndication. She has one of the fastest expanding radio shows in the country.

Dr. Daliah Wachs has owned and operated Integrative Family Medicine for many years and has taken care of, while entertaining, thousands of patients.

Putting her toy microphone in her mouth instead of a pacifier, Dr. Daliah Wachs was ready to entertain since diapers.  She knew at the age of three she wanted to be a doctor and also an entertainer.  She had no idea she would be blending the two later in life.

At college age, Dr. Daliah had been offered the opportunity to take on a career in singing and comedy or accept an academic scholarship to UNLV and embark on a medical career.  She chose the latter and earned an Honors Degree at UNLV and graduated Cum Laude.  She attended medical school at the University of Nevada School of Medicine in Reno and trained and completed her 4th year at UCLA.  She returned to Reno to graduate and then began a three-year Family Medicine residency in Las Vegas, which she completed in 2000 as Chief Resident.  During her residency she worked as an Emergency Room Physician in Lake Havasu, AZ, and as an Urgent Care Physician in Bullhead City, AZ.  She then became Board Certified in Family Medicine and immediately opened her practice in Las Vegas, Nevada.  Most recently she earned the degree of Fellow from the American Academy of Family Physicians.

Within one year of Dr. Daliah going on air she was syndicated and within two years was named in the top 250 Radio Talk Hosts by Talkers Magazine.  Her show then launched on XM Radio.  By her third year in broadcasting, she was named in the “Top 100 Listened To” radio hosts by Talk Stream Live.  Genesis Communications Network now broadcasts her show worldwide.  She is heard on iHeart Radio and multiple affiliates.  She has one of the fastest expanding radio shows in the world.  In 2018 she made the Top 50 Radio Hosts listened to on Talk Stream Live.

Her television work is expanding just as quickly.  She’s found on multiple TV appearances including PAWN STARS, where you’ll find her selling and discussing medical history and medical antiques.

For years, in Nevada, Dr. Daliah Wachs has owned a private practice as well as teach future physicians.  She was recently awarded the UNLV Honors College Alumni of the Year, and her work with charities include Opportunity Village, Children’s Miracle Network, Leukemia and Lymphoma Society, FAST 4 Kids, Good Will and just about any great cause that includes children, animals, people……

In 2017 Talkers Magazine named Dr. Daliah “Humanitarian of the Year”.

The Dr. Daliah Show itself entertains as well as teaches.  All subjects are open game with emphasis on healthcare.  Whether its men’s health, women’s health,  relationships, healthcare reform…..we ask you to bring it!!!  Call in to 1-877-DOC-DALI!!!! (Doctordaliah.com 2021) 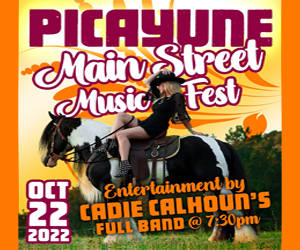